Ztrack and Archistories has teamed up to release a brick railroad interlocking tower kit. This dual purpose kit allows you to build the tower with two different configurations.

Brick towers such as these can be found across North America. They are used for switch control and to guard railroad crossings. The inspiration for the kit came from the ‘castle’ tower in Dunkirk, Ohio. This tower is located at the Dunkirk crossing where a north-south line intersects an east-west line. The tower represents a later version of the tower where the roof was removed and replaced with a flat roof.

The second version of the kit is inspired by the tower in Haley, Indiana. It has the more traditional roof with overhang. This look represents the towers as they were originally built.

The kit is manufactured from architectural cardstock. All parts come pre-colored so no painting is required.  Signage is part of the kit. Illustrated instructions are included. Dimensions: approx. 28×25×40 (L×W×H in mm without stairs).

Ztrack and Archistories also partnered with Z-Doktor in Germany to release a special tower upgrade kit. This kit includes two drain pipes (one for each roof configuration), a window air-conditioning unit and two railroad utility buildings. One is rust brown, the other is silver. The utility buildings were again inspired by those in Dunkirk. But they are common across North America. 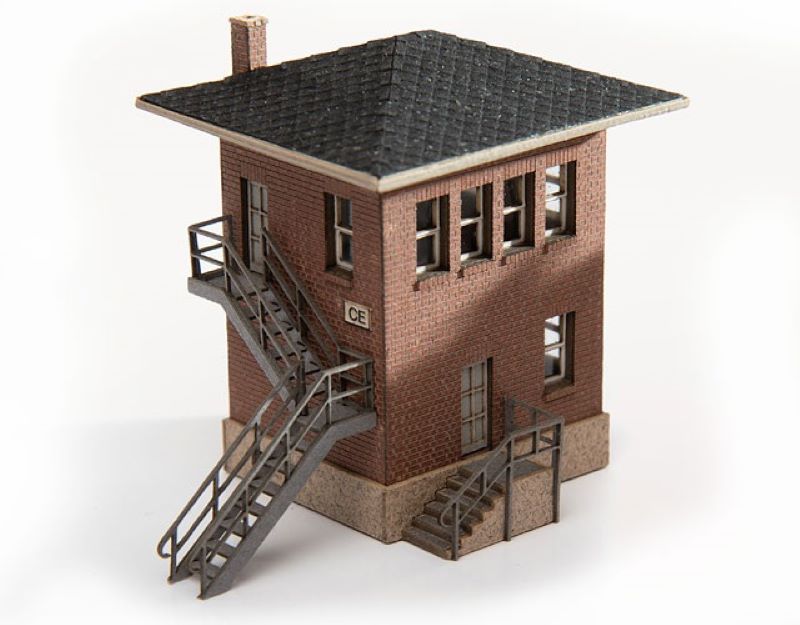 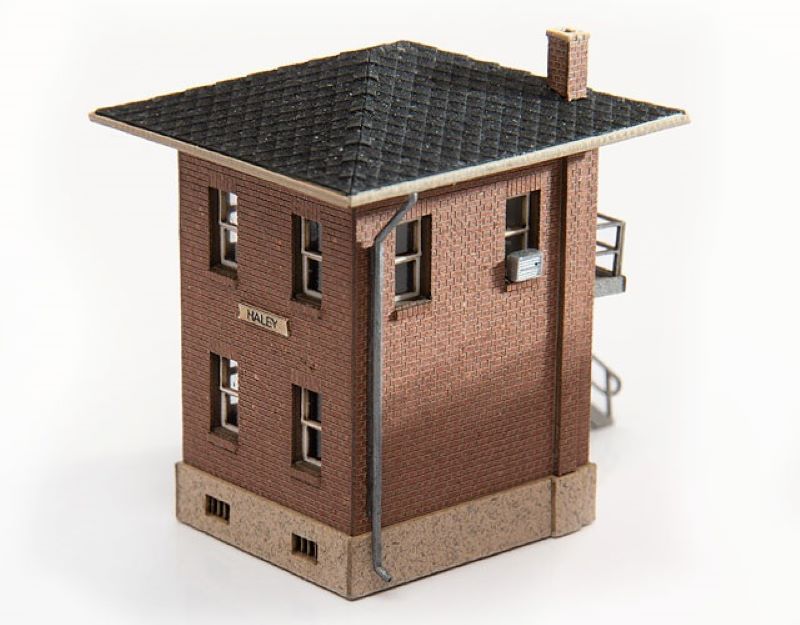 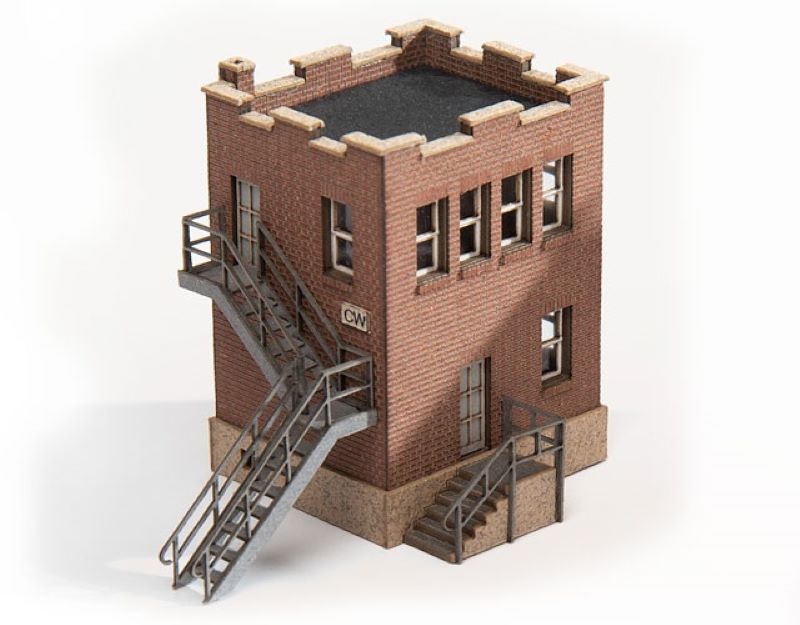 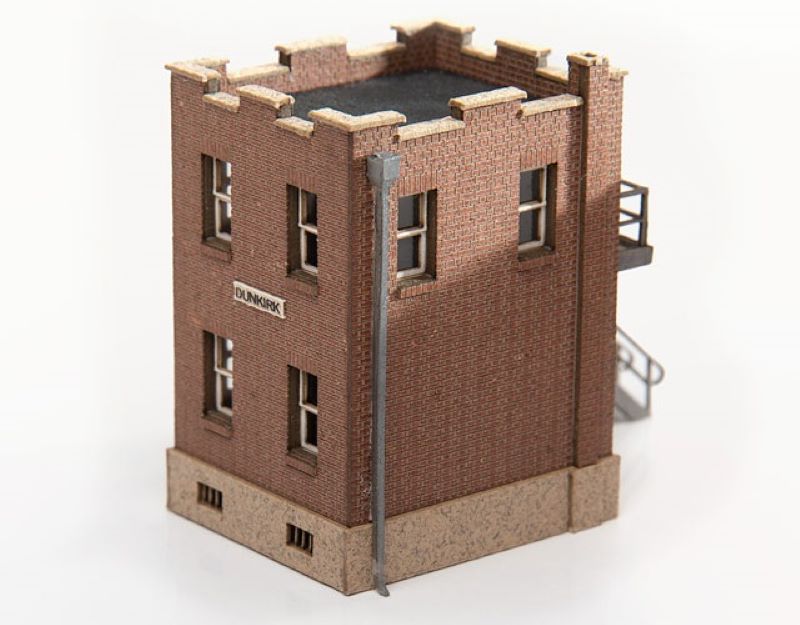