National Steel Car produced Version 4 of the car with internal modifications to the car design to increase capacity to 4300 cu. ft. These modifications are not visible from the outside of the car. These cars also introduced a redesigned flat sided chute design and revised A End configuration.

(Photo by: Potash Corporation of Saskatchewan) 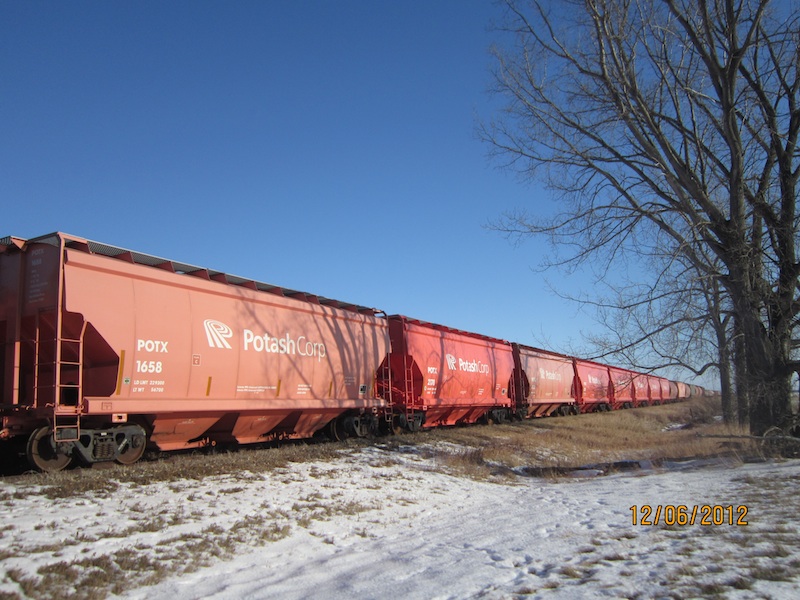