Accuracy and Detail… in Scale

Place them tonight to get yours!

The press is hot and ready to start manufacturing the New and much anticipated National SteelCar 5092 cuft Combo Door Box Cars!
I'm so excited to finally see these come out!
What's that? You want to see what N scale looks like?
Wish Granted! Feast your eyes on the N Scale Samples below!
Place your orders now!

Please note these are paint samples only.  Pease look at the paint and let us know what you think.

Have a look and let us know what you think!

Note, these photos were taken with an iPhone, beter photos will be added when we receive the next set of samples.

Here are the brand spanking new photos we have of the 5092cuft National Steel Car Combo Door Box Car (BCOL). They are due to go into manufacturing very soon. I don't know about you, but I can't wait to see them.

Have a look at them and let us know what you think! We had these on display at the Amherst Train Show, in January. 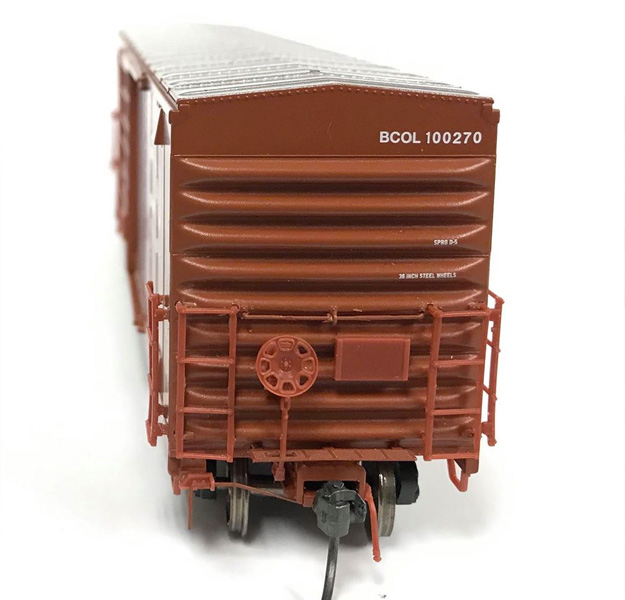 We have been gearing up to unveil our next project to the public! For the past year we have been canvasing our PORTERS members for interest and input on a new boxcar project – used in the forest product service.

The Pacific Great Eastern / British Columbia Railway received 1,785 of these boxcars from National Steel Car between 1971 and 1973, making them the most numerous boxcar on the railway. They were seen all across Canada and the United States in forest product service. From 1989 some were re-built for pulp service and many have continued in service with CN since 2004.

North American Railcar Corporation will produce HO & N scale models representing the cars built in 1971 and 1972, and those re-built for pulp and forest product service. 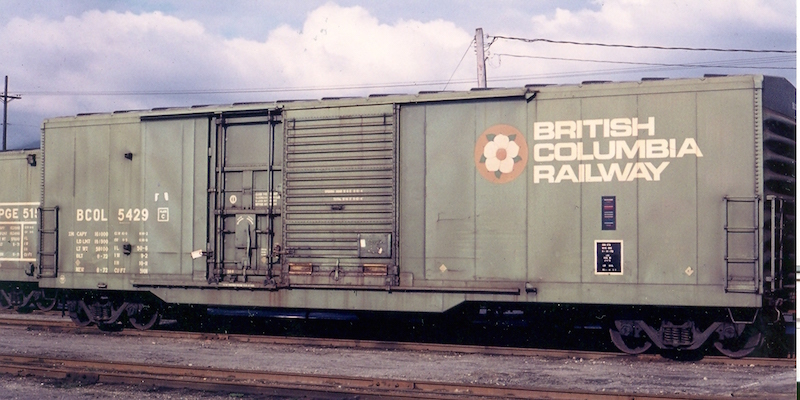 National Steel Car built 1,885 5092 and 5101 cubic-foot combination door box cars between August 1971 and May 1973 for Pacific Great Eastern and British Columbia Railway (successor to PGE). These cars were delivered with 70-ton trucks with 33-inch wheels.

The original series were:

While the body remained unchanged during the productions run, the ends, side sills, stirrup steps and plug door stops evolved over the production run. These features will be applied, as appropriate to each version.

All cars were delivered with car bodies with welded panels, five panels to the left of the plug doors and seven to the right of the sliding doors and all were originally equipped with YSD 6-foot auxiliary plug doors and 8-foot YSD 6/6/6 corrugated sliding main doors with lift handles and were designed for forest products loading. All cars were delivered with riveted “bow-tie” panel roofs (licensed from Pullman Standard). Detail on the roof includes rivets along the seam caps between panels, along the ends and along the sides! Three end styles were incorporated over the production run: 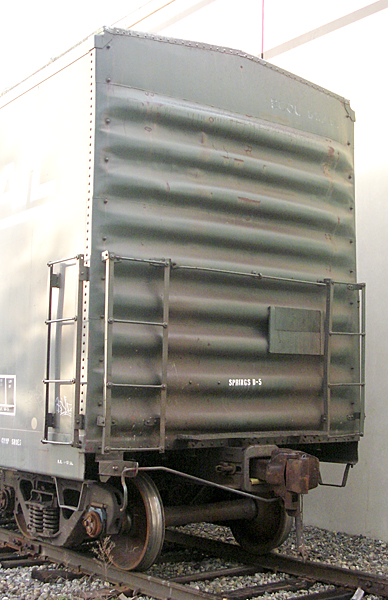 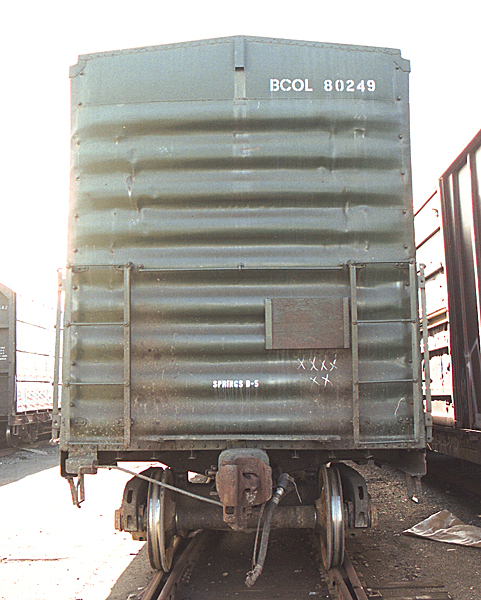 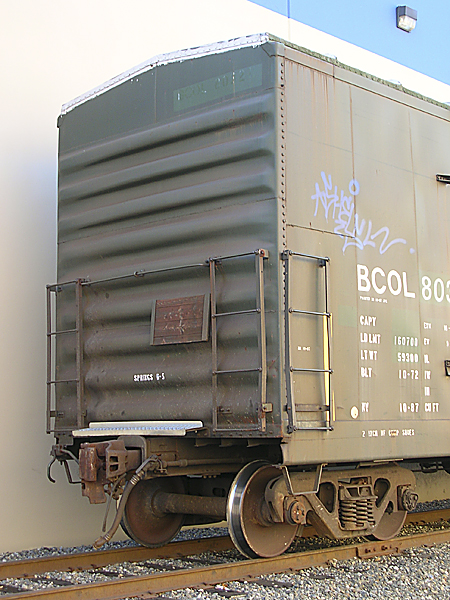 On all cars as delivered, the ends are riveted to the car body. All three end styles will be available on appropriate cars, with correct reporting marks and numbers as well as accurate paint schemes!

The first five orders were delivered with welded side sills that drops below the door opening and extended to the ends of the car. The following two orders were delivered with a similar side sill, but with a notch at the ends of the sill. Cars with both side sills are being offered, with appropriate reporting marks and series and paint schemes. We feel it is important to offer our customers cars with no details overlooked!

In the mid-1970s, “crank arms” were added to the top center of the plug doors to eliminate the risk of the doors accidentally falling off (this was a mandate for all plug doors, on all cars, on all railroads). Starting in 1991, BC Rail started shopping the remaining cars and the most notable upgrade were new sliding doors. The original YSD 6/6/6 corrugated doors were replaced with YSD panel doors.

On the HO plug doors, the left and right hand vertical crank rod pipes and rollers, door handle and crank arms will all be separately applied parts and not cast in place. In N scale, these parts will be cast in place so as to reduce the risk of damage during handling. All three styles of YSD sliding doors, corrugated (with and without fork pockets) AND replacement panel, will be applied to the appropriate cars! 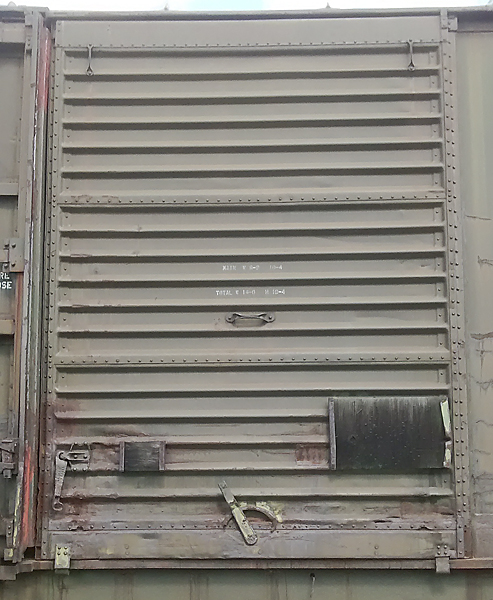 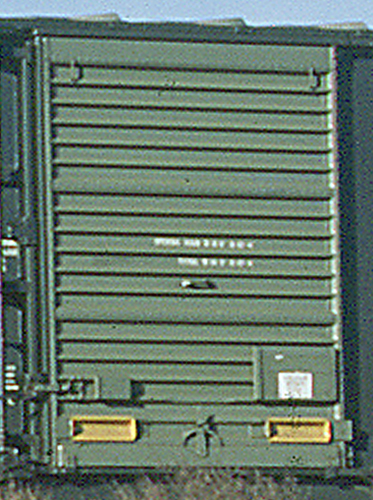 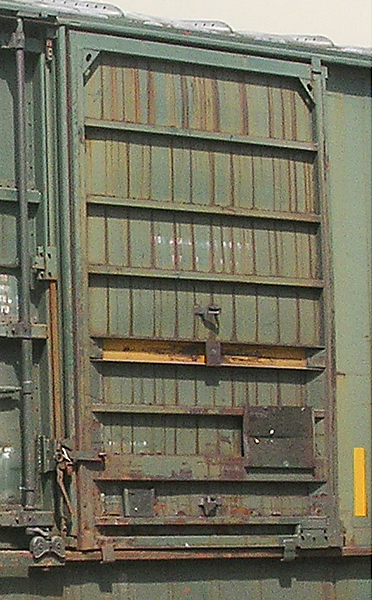 The crank arms will be added to plug doors as appropriate, based on time period (HO scale)! 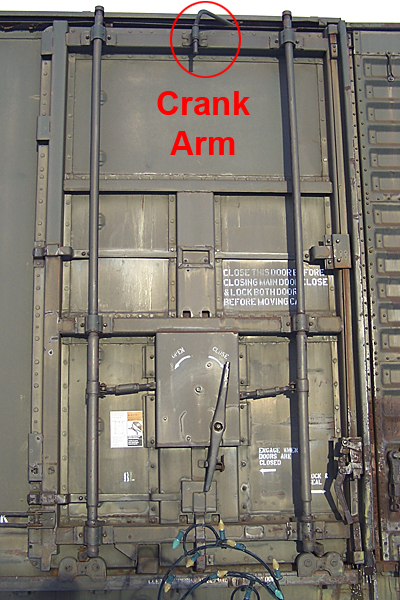 All three door stops (small, large and large modified) will be available, applied to cars with the appropriate reporting marks and series, as well as the appropriate paint schemes! 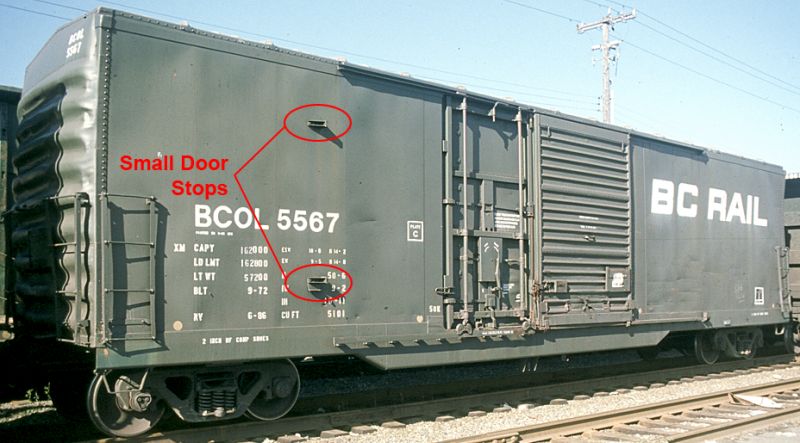 Two styles of vents will be available to be included on appropriate cars, naturally, with the correct reporting marks, series and paint schemes! It’s time to add these superbly detailed cars to your roster so you can ship forest products on your railroad!

As a special announcement to our PORTERS members,
NARCorp will be adding two new Club Lounge cars!

As always, these cars are FREE with PORTERS points, and are available exclusively to our PORTERS members on a first earned, first served basis. They are a limited production, and will never be reproduced.

PORTERS members: reserve your car in the Club Lounge.

If you are not already a PORTERS member, click on the blue box at the bottom of this announcement to discover the advantages of joining this consummer driven program – Available at no cost.

Familiar storyline, but with a new cast

30 Years ago the principle actors were Canadian Prime Minister, Brian Mulroney and US President, Ronald Reagan

The Canada–United States Free Trade Agreement (CUSFTA; French: Accord de libre-échange, ALE) was a trade agreement reached by negotiators for Canada and the United States on October 4, 1987 and signed by the leaders of both countries on January 2, 1988. The agreement phased out a wide range of trade restrictions in stages over a ten-year period, and resulted in a great increase in cross-border trade. With the addition of Mexico in 1994 FTA was superseded by the North American Free Trade Agreement (NAFTA) (French: Accord de libre-échange Nord Américain (ALENA), Spanish: Tratado de Libre Comercio de América del Norte (TLCAN)).

As stated in the agreement, the main purposes of the Canadian-United States Free Trade Agreement were:

Over the years, and with an ever changing cast of characters, this has evolved into the North American Free Trade Agreement (NAFTA; Spanish: Tratado de Libre Comercio de América del Norte, TLCAN; French: Accord de libre-échange nord-américain, ALÉNA). NAFTA is an agreement signed by Canada, Mexico, and the United States, creating a trilateral trade bloc in North America. The agreement came into force on January 1, 1994. It superseded the Canada–United States Free Trade Agreement between the U.S. and Canada.

Most economic analyses indicate that NAFTA has been beneficial to the North American economies and the average citizen, but harmed a small minority of workers in industries exposed to trade competition. Economists hold that withdrawing from NAFTA or renegotiating NAFTA in a way that reestablishes trade barriers will adversely affect the U.S. economy and cost jobs.

Today: North America and the world are waiting to see what comes next, as Canadian Prime Minister, Justin Trudeau and US President, Donald Trump take on the starring roles.